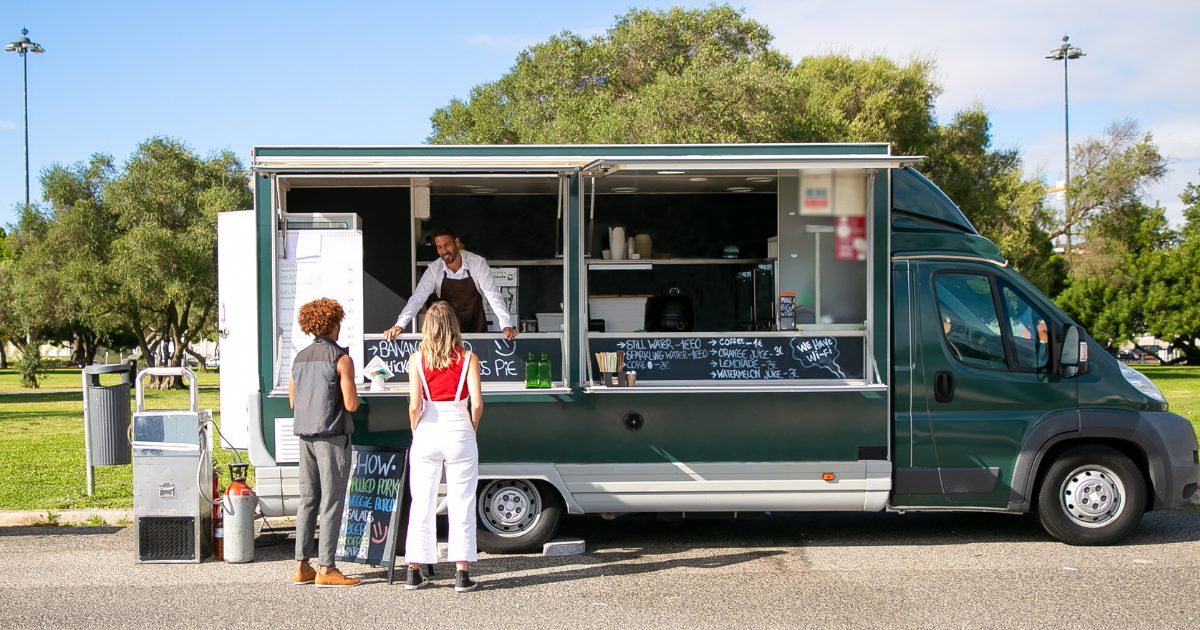 Harrison’s initial thought was not to invest in the company but simply to taste the cuisine, shipped daily from New England. Yet when he searched online, he found no locations near his home in Canton or anywhere else in Georgia. Despite having no food industry background, Harrison decided to fill the gap. He contacted the founders and opened his own Cousins Maine Lobster food truck franchise in 2015.

Clearing the regulatory hurdles was not easy, but Harrison persevered. Once he got rolling, he quickly hit another snag. Although he needed only one health permit from the state, he had to do everything else multiple times. Instead of filling out one application, passing one fire inspection and paying one set of fees, he had to repeat the process in every county where he wanted to operate.

“If you only have to do it once, it’s not too bad,” says Harrison, president of the Food Truck Association of Georgia. “But you literally have to get 15, 20 or 25 permits.”

The costs and delays take a toll. To help its members cope, the Food Truck Association of Georgia has asked state lawmakers to streamline the startup process. Under proposed legislation, food truck owners would need only one health permit in the county where they base their operations, as long as they notify surrounding counties where they intend to operate. Other counties would have a chance to verify the permits, but they could not tack on additional fees and forms.

The measure would benefit everyone, including brick-and-mortar restaurant owners and local tax assessors who sometimes see food trucks as a threat. Such opponents routinely claim food truck growth forces restaurants out of business, but new research finds otherwise.

“Food Truck Truth,” a report published Feb. 10, 2022, by the Institute for Justice, examines data from every U.S. county over a 12-year span and finds food truck growth is not followed by brick-and-mortar restaurant decline. Specifically, the number of food trucks one year has no effect on the number of restaurants the next year in the same county. Both sectors generally grew over the report’s study period of 2005 to 2016.

Harrison is not surprised. He now owns two brick-and-mortar franchises for Cousins Maine Lobster in Atlanta and Marietta, along with a Baltimore Crab Cake food truck that roams the metropolitan area.

Similar examples abound. Food trucks, which cost less to start than many other types of businesses, often serve as incubators for entrepreneurs with dreams of expansion. Tuesdays Street Tacos and Burritos made the leap in May 2021 with the launch of a brick-and-mortar restaurant in North Columbus, and Che Butter Jonez food truck owners opened an Atlanta brick-and-mortar restaurant in June 2021. Meanwhile, the EggRoll Boyz food truck recently opened a permanent base in Alpharetta.

The growth also works in the other direction. Brick-and-mortar restaurants can open food trucks to test new markets, try new products on a small scale and build brand awareness. People who frame the debate as an either-or proposition miss the potential for complementary service.

Customers appreciate the expanded menu options when they find food trucks operating in the same communities with brick-and-mortar restaurants. Diners who normally might eat in their cubicles or stay home come outdoors to explore. The metaphorical pie grows, creating bigger slices of revenue for all businesses in the vicinity.

Food truckers understand the synergy, which is why they cluster together as much as possible at events like What the Truck on Atlanta’s Westside. Something like a shopping mall food court emerges, allowing individuals with different preferences to find what they want without arguing about the venue.

To meet the demand, Georgia food truck owners need freedom to travel. They should be able to cross county lines without facing redundant fees and forms. “We’ll meet the permit requirements,” Harrison says. “But we shouldn’t have to do it in every county.”