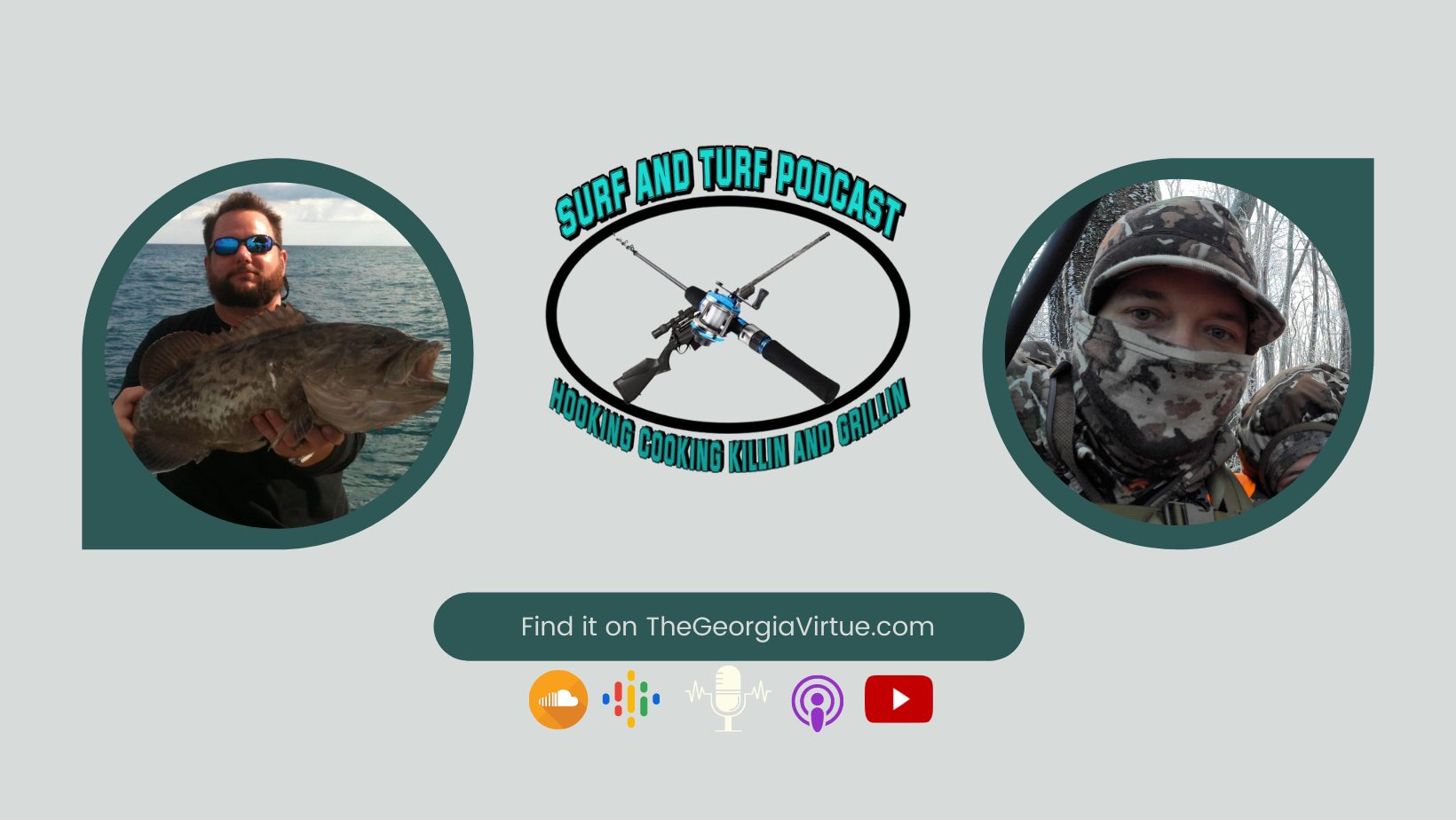 In Surf and Turf Ep 24, Matt and Dave discuss a Washington fishery shutdown, a college fishing team that wins big, and an ice fishing tragedy. Also discussed: alligator hunting, a hunting lodge for sale, and a gator recipe.

LISTEN to Surf and Turf Ep 24

Matt was born in Helena, Montana, and moved to the metro Atlanta area when he was 7. His love of the outdoors was cultivated by his grandparents, who took him camping and trout fishing in every creek from Georgia to Colorado. Matt began hunting deer when he was 10. He is now married with 7 children of his own, and he continues the tradition of hunting and fishing with them. They spend their summers fishing North Georgia’s trout streams and their falls and winters playing in the forests from Georgia to Idaho.

Dave grew up in Coral Springs, Florida with a family of anglers. Dave’s grandfather instilled a love of offshore fishing in Dave’s father and uncles. As a result, Dave first learned to fish in the South Florida canals as a child. Eventually, he graduated from bream to bass and, finally, to offshore fishing. Thus, Dave always hated being left on the dock as a kid. He ultimately left Florida, but saltwater never left his veins. Through three major career changes – from the U.S. Army to banking and now as the owner of DR Cool Heating and Air – the one constant has been his love of fishing.

Through his thirties, Dave and his older brother, Rob, sharpened their skills catching bottom and pelagic species of fish in the Northern Gulf of Mexico. They targeted everything from snapper and grouper twenty to fifty miles offshore to tuna, dolphin, and billfish a hundred miles from the dock.

Now, when he is not busy running DR Cool, Dave and his wife, Connie, travel in search of delicious food, good drinks, and great fishing. One of their favorite spots for all three is Los Sueños, Costa Rica. Just as importantly, Dave enjoys sharing his love of sport fishing with the next generation by involving his nieces and nephews in the endeavor.

As the co-host of “Surf and Turf” he hopes to share his passion for saltwater fishing with the world. Dave’s quote for the show: “The best things happen when land disappears from sight.”