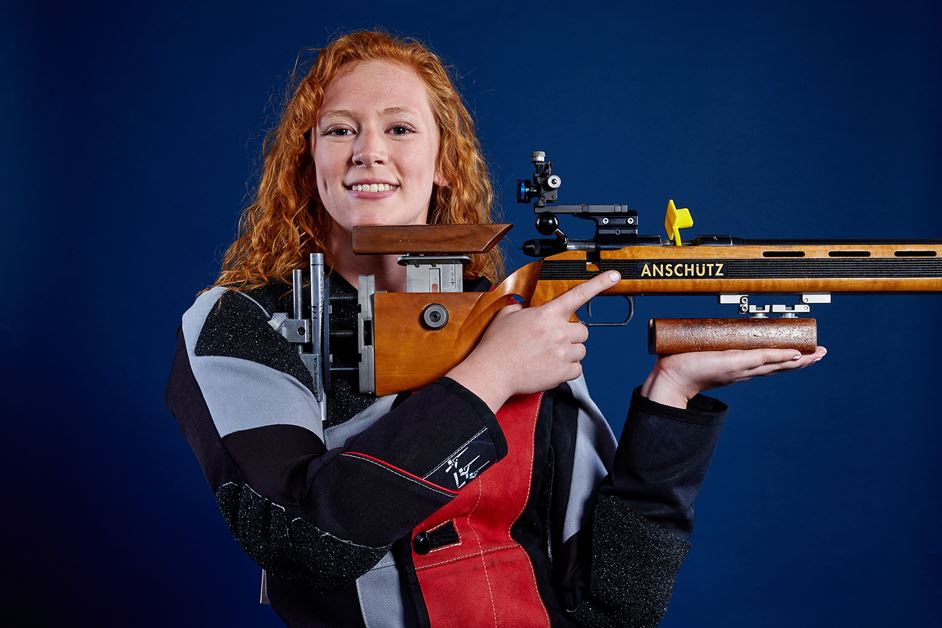 In smallbore, the Eagles posted a 2,284 which is the second-highest total in program history. Erin Ballard bested her career high for the third straight match, this time shooting 581 to take the gold. That mark is the second-best in program history (582, Courtney Weekley) and is just the second at 580 or higher. Amy Visconti shot a 573 to place sixth, Bella Gamez tied for seventh with a 566, Kinsley Hannon finished ninth with a 564 and Ashley Judson placed 12th with a 577.

The Eagles set a new school record with a 2,337 in air rifle. Judson led the way in air rifle with a 593, her sixth score of 590+ this season. She took the silver medal for her effort. Ballard set a new career high with a 587 to place fifth while Hannon shot a 580 to place eighth. Visconti posted a 577 to place 12th and Anna Mayo shot a 576 to finish13th.

The Eagles posted a 4,621 team aggregate, besting the previous school record by eight. The squad was led in the aggregate by Ballard’s career-best 1,168 as she took the silver. Her 1,168 is tied for the sixth-best score in program history. Judson and Visconti tied for sixth with a 1,150 and Hannon placed eighth with a 1,144.