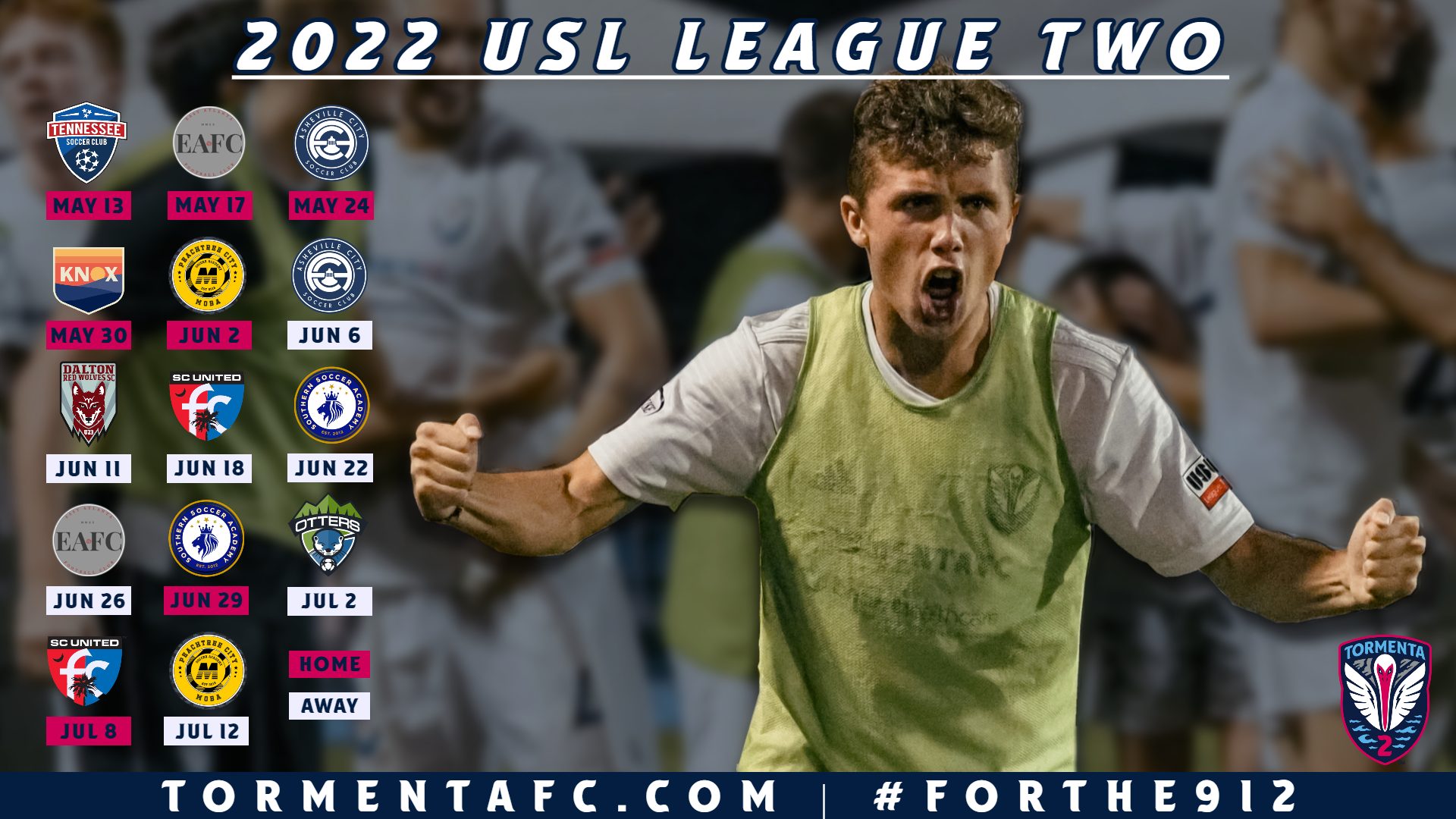 South Georgia Tormenta FC 2 has unveiled its 2022 USL League Two schedule as the team prepares for a title run in its sixth season of play. The upcoming campaign consists of seven home matches to be played at Optim Sports Medicine Field.

Tormenta FC 2 will open at home on Friday, May 13 versus Tennessee SC and will play its second home match against East Atlanta FC on Tuesday, May 17. The team will play five consecutive home games in a row from May 13 to June 2.

“As we approach the upcoming USL League Two season, we are really excited by the group we have coming together,” TFC 2 Head Coach Tom Morris said. “Even though last year was a promising year for the club with another national tournament run as well as the development of future pros, we still feel we have unfinished business.

“With the realignment of the divisions this year, we are thrilled to arguably be competing in the best division in the nation. This not only offers the perfect platform for our players to play in big games in front of our beloved fans; but also allows them to test themselves against some of the country’s best and brightest, and really prove whether they have what it takes to play at the next level. With the squad we are building, we are excited to see what this group can achieve this year.”

Tormenta FC 2 aims for its fourth playoff run after winning the Southern Conference title in 2019 and two Deep South Division titles (2018,2019). In 2021, TFC 2 defeated both Lionsbridge FC and the Villages SC in the Southern Conference Semi-Finals and finished the season with a winning 12-4-1 overall record (10-3-1 in the regular season).

After five consecutive home matches, the League Two squad embarks on a five-game road stretch where they will look to consolidate their season and qualify for Playoff competition.

Head Coach Tom Morris has done a spectacular job recruiting from the best men’s soccer programs in the nation. Fans will see the return of Alexis Ledoux, as well as promising new faces like midfielder Jalen James and goalkeeper Eric Cotton.

With new player signings, kit reveals and more coming soon, fans should download the Tormenta FC app or follow the club on social media to stay up to date.

Tormenta FC looks forward to welcoming supporters to its new 5,300-seat stadium set to open its doors in 2022. Fans can now purchase season tickets in advance to guarantee their spot at every home match, available with 12-month payment plans. For families and new fans, the club also offers Flex Ticket packages which include ten General Admission or VIP tickets redeemable at any regular-season home match.