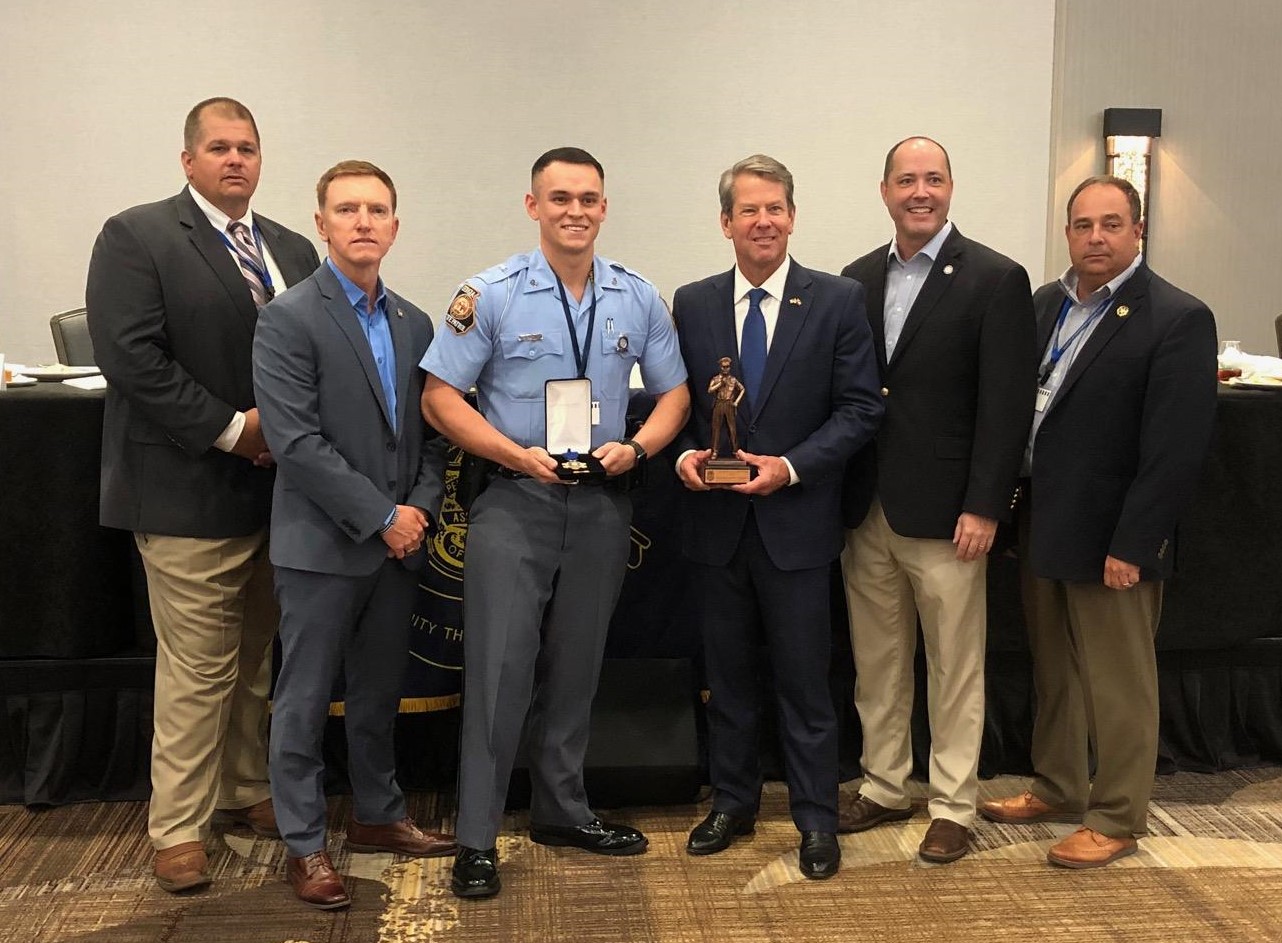 A Trooper involved in the multi-county chase of a vehicle driven by a man with a kidnapping victim inside was recognized for his service today.

The award, which is handed out under narrow circumstances, Recipients of the award are not those who merely “do a good job” responding to a call, but instead recognize those who go “beyond the ordinary to protect Georgia’s citizens and property, or who contribute significantly to the public safety profession.” The POAG Executive Committee receives nominations for award recipients and ultimately makes the selection.

Ramirez was nominated by Tattnall County Sheriff Kyle Sapp for his pivotal role in saving the life of a woman who was taken from a home in Tattnall County in March of this year. The kidnapper led law enforcement from three counties on a lengthy chase that ended on Interstate 16 in Bulloch County. The driver fired shots at law enforcement throughout the chase, one of which grazed Trooper Ramirez as he attempted to execute a Precision Immobilization Technique (PIT) maneuver.