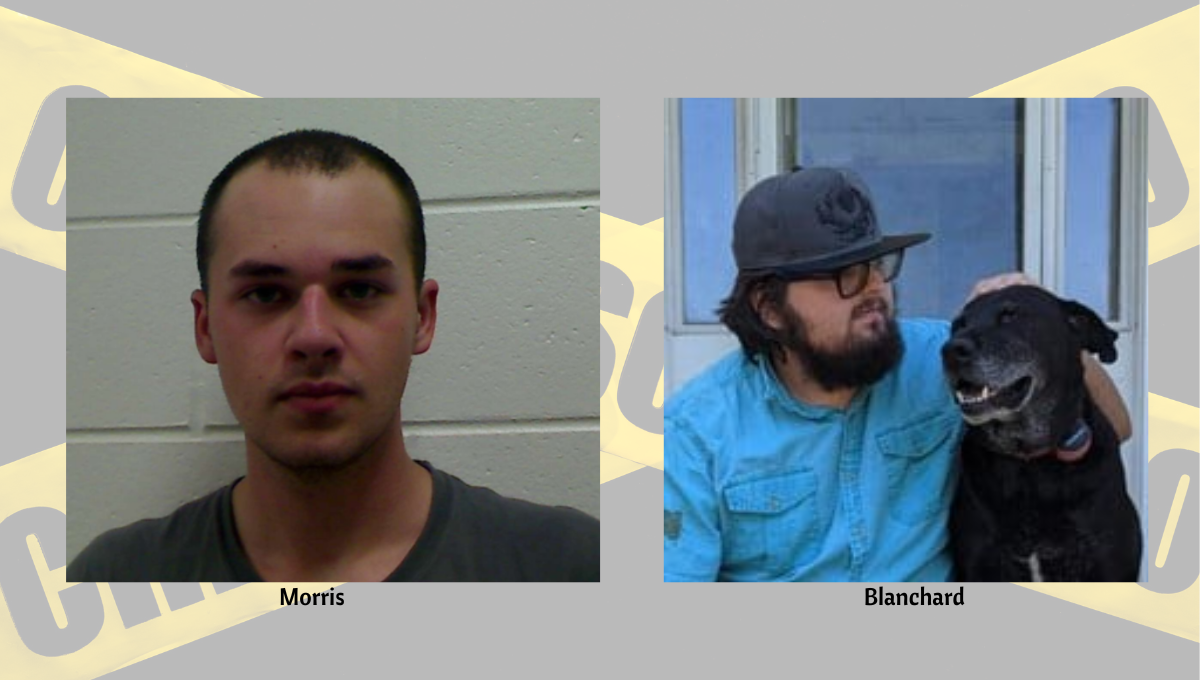 The man charged in the July murder of 22-year-old Dolan Ryan Blanchard appeared before a Bulloch County Superior Court judge for the first time on Friday.

19-year-old John Warnell Morris was in the courtroom at the Bulloch County Jail before Judge John Turner. He appeared in a jumpsuit and shackles alongside his attorney, public defender Stuary Patray.

Investigators with the Bulloch County Sheriff’s Office arrested Morris several days after Ryan Dolan Blanchard was murdered. He was found lying in the roadway on Maria Sorrell Road on July 17, 2022. Blanchard was suffering from apparent gunshot wounds and succumbed to his injuries before being transported to a hospital.

Following an investigation, investigators arrested Morris and charged him with Malice Murder, two counts of Felony Murder, Aggravated Assault, Aggravated Battery, Arson (2nd degree), and Possession of a Firearm During the Commission of a Felony.

Following his arrest, Morris’ attorney requested a bond hearing as well as a preliminary hearing on the case. A preliminary hearing is a proceeding in which a superior court judge evaluates evidence presented by the state. The judge then determines whether or not probable cause exists to bind the case over to Superior Court for grand jury proceedings.

Odum told the Court that a call came into the 911 center at 1:39 a.m. on July 17. The caller reported an individual laying in the roadway with gunshot wounds. As Odom arrived on scene a short time later, 911 received another call about a vehicle fire approximately one mile away. Processing of both scenes continued well into the morning.

Odom said he was interviewing family in Screven County when he received a call. Morris and his father were at the Bulloch County Sheriff’s Office after learning of the incident on Facebook. Investigators knew Morris and Blanchard had spoken by phone on the night of the shooting. What type of relationship the pair had remained unknown.

Captain Todd Hutchens met with Morris and his father, at which time Morris said he spoke with Blanchard that night about Blanchard borrowing a shotgun to go hunting. He said the two met up and Dolan Blanchard’s brother, Marcus, was in the vehicle. He said he passed off the shotgun and he later received a text from Marcus indicating that his brother had been shot and killed and the vehicle was set on fire.

According to investigators, they asked Morris to return to the Sheriff’s Office on July 21 for additional questioning. He did so, offering the same details along with some new ones. Odom said BCSO was able to refute many of Morris’ claims while also solidifying Marcus Blanchard’s alibi.

A Confession & A Motive

On July 29, Odom and Hutchens transported Morris to the Bulloch County Sheriff’s Office. There, Morris signed a Miranda waiver. He was asked if he desired to continue speaking with investigators, to which he agreed. Odom testified Friday that Morris then admitted to the murder of Blanchard.

He also said Morris stated he convinced Dolan Blanchard to travel to Statesboro that evening. “It was pre-planned, they were going to go shoot stop signs.” Upon meeting up, Odom says Morris told Blanchard where to drive. They got out at the location of the crime, Morris fired a shot at a sign, and then turned around and shot Blanchard.

Odom testified that Blanchard was shot three times with a 12-gauge pump action shotgun – once in the forearm, once in the stomach, and once in the chest.

The vehicle that was burned was registered to Blanchard’s father, but Dolan was the primary driver. In it, investigators recovered remnants of a burned pump action shotgun, a steel ammo can, a gas can nozzle, and evidence of both diesel and gasoline used as an accelerant.

According to Odom, Morris was asked if he would take investigators to the scene on July 31, to which Morris once again agreed. He showed Hutchens and Odom where he shot the victim, among other things.

Investigators also obtained considerable video footage from homeowners and businesses in the community, which helped them verify and refute various testimonies over the course of the early investigation. In addition, investigators recovered shotgun shells from the scene and all of interviews with Morris were audio and video recorded.

Morris’ attorney asked Odom what the nature of the relationship between the two was. “They were acquaintances, if not friends. But I’d definitely say acquaintances. They became friends through an online video game.”

Patray also asked whether or not Morris ‘gave a reason’ for the murder.

“He did,” Odom said. “It was related to an incident with a mutual female friend. An ex-girlfriend of Dolan Blanchard. This was a retaliatory plan for Morris.”

Following the conclusion of the preliminary hearing, ADA Casey Blount asked Turner to deny bond, citing the pre-planning, the retaliatory nature of the crime, how Morris lured the victim, and then attempted to steer investigators in the wrong direction. “He is an extreme risk to the community,” Blount stated.

Patray, on the other hand, argued that Morris was not a flight risk. He suggested Morris had deep ties in Bulloch, as he was born and raised in the same community.

Judge Turner, however, denied the request for bond on the spot.

Turner also bound the case over to Superior Court. Next, prosecutors will present the case to a Bulloch County grand jury. An exact timeline for that is not known at this time.