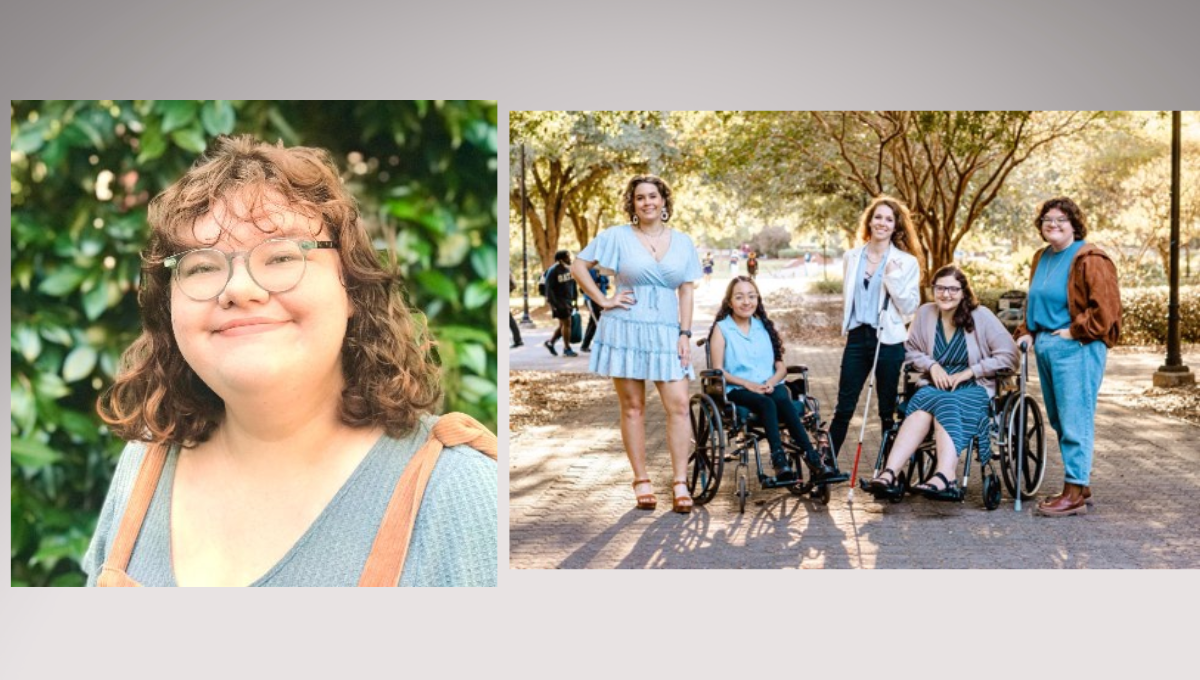 In just one year, Jill King went from a student who was forced to rethink her entire future to being a leader in her community and receiving the 2022 National Alliance on Mental Illness (NAMI) Georgia Young Leader Award.

In August 2020, King, who is from Statesboro, was away at college when she became ill and began enduring chronic pain. She was diagnosed with fibromyalgia, a condition which can cause immense pain throughout the body, and render a person disabled. Just two months after starting her college journey, King returned home to be with her parents, both of whom are Eagle alumni. In January 2021, she enrolled at Georgia Southern University as a student with a disability.

That’s when she and her friends began building the foundation for an advocacy group for students with disabilities.

“Something about the disabled community is we’re always trying to find each other, because it’s a unique experience being disabled,” she said. “You’re always going to find your group of people who understand what it’s like. You don’t have to explain your struggles. They know exactly what you’re talking about.”

Around the same time, King’s eyesight began to deteriorate. A month later, she was legally blind.

Soon, King and her fellow co-founders, Brianne Dollar and Madeline Ryan Smith, launched and registered the Students With Disabilities Advocacy Group at Georgia Southern. The group began to align itself with statewide partners, provide Americans with Disabilities Act training to University faculty and staff and participate on panels to further educate the campus community.

Within its first year of existence, the campus chapter grew to more than 40 student participants. It also began earning recognition for its work in offering help to others, noted King.

While King is excited and humbled by the NAMI award, she said it’s more reflective of the group’s mission as a whole.

“None of us expected it to be this big this quickly,” she said. “We knew it was needed, but being received in the way it has is more than I could have asked for. Just being acknowledged for the work we do is always incredibly humbling, because of how personal it is for me.”

On top of being recognized by NAMI, King was also recently awarded the Rookie of the Year Award from the Social Health Network, an organization which promotes communication and leadership within the health care community.

In this article:City of Statesboro