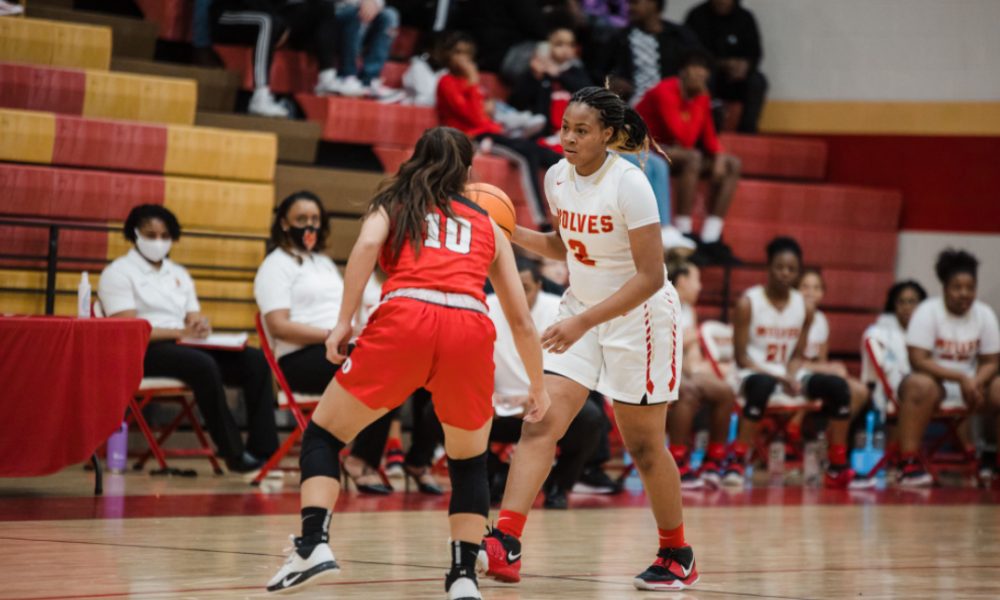 The Lady Wolves kicked off the night with a victory against the Catamounts by a score of 59-45, which guarantees the team a spot in the state playoffs.

Head coach for the Lady Wolves and athletic director for Rome High School, Jason Harris, said that his girls will play on Thursday, Feb. 18 at 5:00 p.m. The game will be played at Carrollton against Douglas County. Checking the win column during future region tournament play will help Harris’ team with seeding for the state tournament.

It is also important to note that only two parents of the players will be allowed admission to Carrollton’s gymnasium for the games.

“I fully anticipate a dog fight with Douglas County,” Harris continued. “Douglas County gave us a tough match when we played them at their house, and we gave them a fight when they traveled to Rome. We are just prepared to go out there and do our best.”

If the Lady Wolves bring home a win against Douglas County, they will have secured a spot in the region championship game, to be played on Saturday, February 20 at 5:00pm in Carrollton.

The varsity boys followed with a hard-fought battle before falling to Dalton, 62-48. This loss ends the Wolves season with a record of 13-9 and 8-6 in region play.

“I am really proud of the guys and how they have performed all year,” said head coach, Ryan Chambless. “I wish we would have finished a little better last night—of course we were all disappointed. But it was not lack of effort, and that is for sure. Basketball is a tough sport, and sometimes being off your game can cost you the win.”

Chambless said that he is excited about the future of Rome Wolves Basketball. He is encouraging the middle school athletes, junior varsity, and varsity players to work on conditioning in the offseason. The rising talent he has watched makes him confident that RHS basketball will be more competitive in the years to come.

“I am just so proud of the seniors. I think this is one of the best seasons we’ve had in a long time, and I am so proud that those three guys were able to end their high school careers on a high note.”

Chambless continued, “I’ve spoken to the young guys on the team and we are prepared to hit the weight room and get stronger and better for next year. We’re just setting the stage to be successful next year.”

Good luck to the Lady Wolves tonight as they fight for a spot in the Region Championship game and congratulations to our boys for a great season!