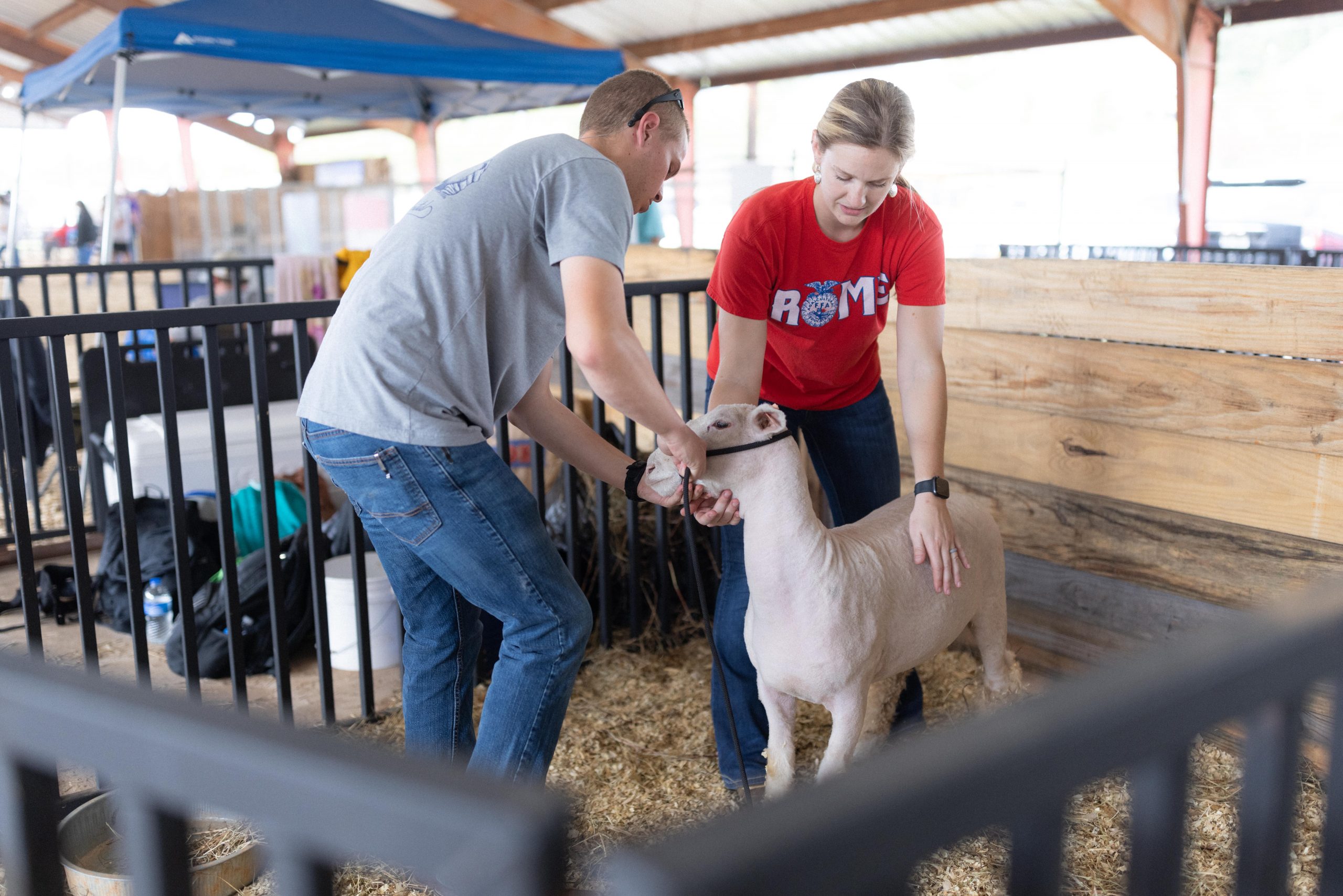 Agriculture educator at Rome High School, Rachael Dunaway, brought her Future Farmers of America (FFA) students to the Coosa Valley Fair on Wednesday, October 6. However, they weren’t there to ride the Scrambler or check out the views from the Ferris Wheel; they were there for the animals.

Since its inception in 1949, the Coosa Valley Fair, sponsored by the Exchange Club of Rome, has prided itself on being an agricultural fair. FFA and 4H members from surrounding schools and counties gather to participate and compete for best (animal) in show.

RHS was there to participate themselves, with their very own cow and a goat.

“Essentially, they have a project,” Dunaway explained, “and that project would be the animal that they’re showing. They have to keep records on it and then they bring it here and show.”

The project is ongoing throughout the year and Dunaway said that the participants are actually reaching the end of their season.

“We are helping put on a livestock show,” Dunaway said of she and her RHS students, “specifically with a beef breeding show and also a beef market show.”

“Each animal will be divided by class based on birthday, based on breed, or based on weight,” she explained. She said that her students were assisting with recording who was winning in what class, as well as offering assistance in lining the classes up before going into the ring.

“My students will also be making sure that spectators are sitting where they’re supposed to be. I also have some photographers around who are taking photos of the class winners, and then they’re passing out ribbons.”

Contributing to the setup and success of the show coincided with educational goals for Dunaway’s students.

“Each FFA chapter has something called programmed activities,” she explained, “which is where we get to partner with the community. So this is where a part of our chapter gets to strengthen agriculture and partner as well with the Exchange Club and build that community bond with our chapter in Rome.”

Dunaway said that her students have been really excited to be involved.

“I never knew how hard these kids worked until I got them out of the classroom doing some hands-on things,” Dunaway said. “They painted all the panels, set up all of the little wood planks in the middle, and they brought in the shavings and spread all the shavings out. They worked really hard; they put in a lot of hours and sweat into this and they loved it!”