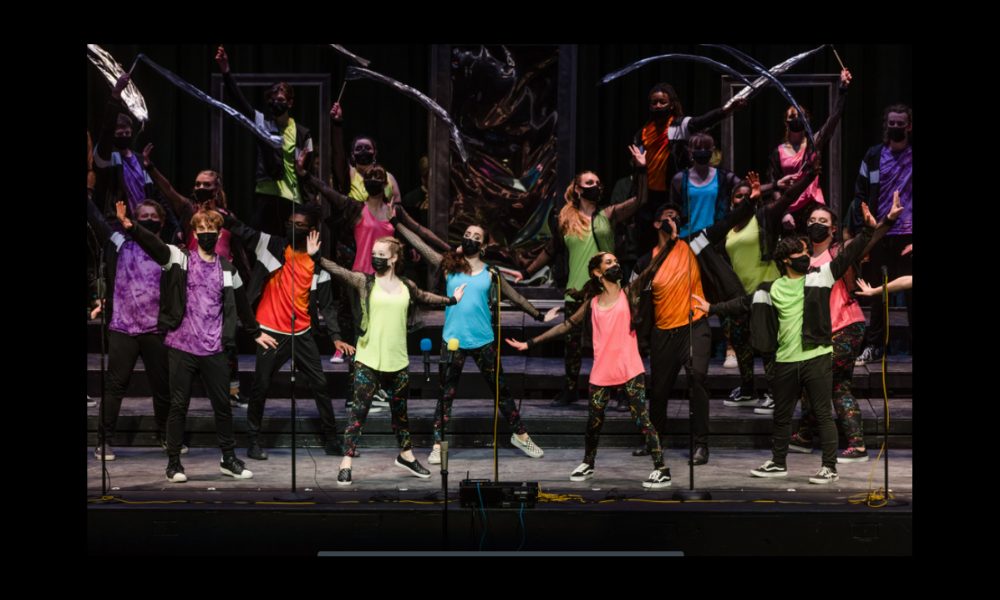 This shows purpose was to give practice their 2021 competition shows and provide an evening of entertainment for Wolves show choir supporters.

Members of Grand Illusion then took the stage to perform their show, “Replay.”

According to Jessica Kennedy, Grand Illusion director, the students were unable to successfully host a season due to COVID and its restrictions. So, they opted out of competing this year. However, Kennedy and her team still wanted the students to be able to perform and do what they love—which is how “Replay” was created.

“Replay” is a new show that combines one song from each of the past five years Kennedy has served as director. This clever piece was also performed again at the end of the night, as middle school students were joined by Grand Illusion alumni who previously performed these acts.

According to LeAnna Iddings, RHS Chorus Director and Grand Finale Show Choir Director, this year’s competition show, “Lost in the Picture,” represents, “an introspective journey of self-reflection which encourages the audience to embrace and express their true selves.”

Iddings also recognized her seniors for serving Rome High so well. These seniors are:

Laethan Day and Alaya Bailey ended the night with a solo before joining the entire cast for a bow.