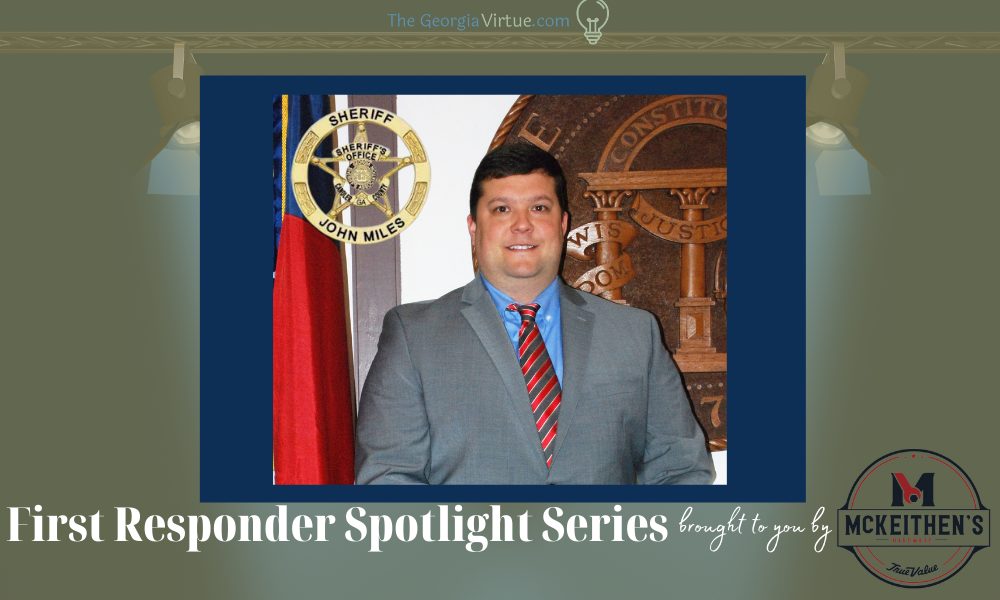 Having been born and raised in Candler County, Captain Justin Wells of the Candler County Sheriff’s Office is a familiar face to most and his tenure in uniform is not surprising to those who know him, as he knew from a young age that he wanted to go into law enforcement.

Wells’ career in law enforcement dates back to 2004 when he began working for Metter Police Department. He had just graduated from the police academy and began working as a patrolman and investigator. In 2014, he joined the Candler County Sheriff’s Office as an investigator, meaning he has had the chance to work under two sheriffs with two very different approaches to operations. Wells also returned to Metter PD briefly in 2016 to serve as interim chief in the absence of the city’s police chief.

Now, as a Captain at the Candler County Sheriff’s Office, Wells wears a number of hats, which is among the reasons he was nominated to be featured by Sheriff John Miles. His primary job title is Captain of Investigations, so he carries a small caseload, but his daily duties also include serving as Deputy Director of EMA, corresponding with the media on behalf of the office, writing grant applications, and updating the office policies. Other tangential programs like the School Resource Deputy program, training, and overseeing the technological components of the office, like in-car cameras and body worn cameras, also fall under Wells’ purview in the relatively small office in rural southeast Georgia.

While most would wonder where Wells finds time to do much of anything not related to law enforcement, he also has a small side business, in which he does technology-related consulting for local governments.

With 17 years in law enforcement, Wells has been mentored by many along the way. Too many to name just one responsible for coaching him to success, though it’s why he encourages anyone interested in law enforcement to take on an internship and shadow people who do the job.

“Throughout my career, I have had many individuals along the way who have been mentors in shaping me to be the law enforcement officer that I am today. Those individuals would-be investigators, police chiefs, judges, prosecutors, GBI Agents – both present and retired, coworkers, as well as local community leaders. This handful of mentors helped guide me along the way and reinforced the importance of being educated and experienced in a broad spectrum of law enforcement aspects,” Wells said.

Perhaps one of the reasons the many mentors are helpful is due, in part, to how law enforcement has changed since Wells first started. “From methods to policy to public perception – it has changed dramatically,” he said. “Policy has probably changed the most. But here, we still avoid a lot of things that bigger jurisdictions across the country have had to deal with and I think it’s the relationship we have with the community.”

Even though he loves the community, it’s still hard to see people at their worst. “We don’t get called for the celebration and it isn’t always easy seeing someone you know go down the wrong path, but that’s the nature of the job,” Wells said. Thankfully, those are canceled out by the positives and the opportunities to help people in a crisis. He referenced an investigation several years ago in which a woman fell victim to an internet crime, but after the case was resolved, she went on to make the best out of the situation and grow from it.

Be it the good or the bad, it’s a great deal to take on, but Wells isn’t planning on slowing down any time soon. “It’s been interesting to help build up the office in different ways and I’m really proud of everything that’s been accomplished in a short period of time… and I’m excited to see where it will continue to go from here.”