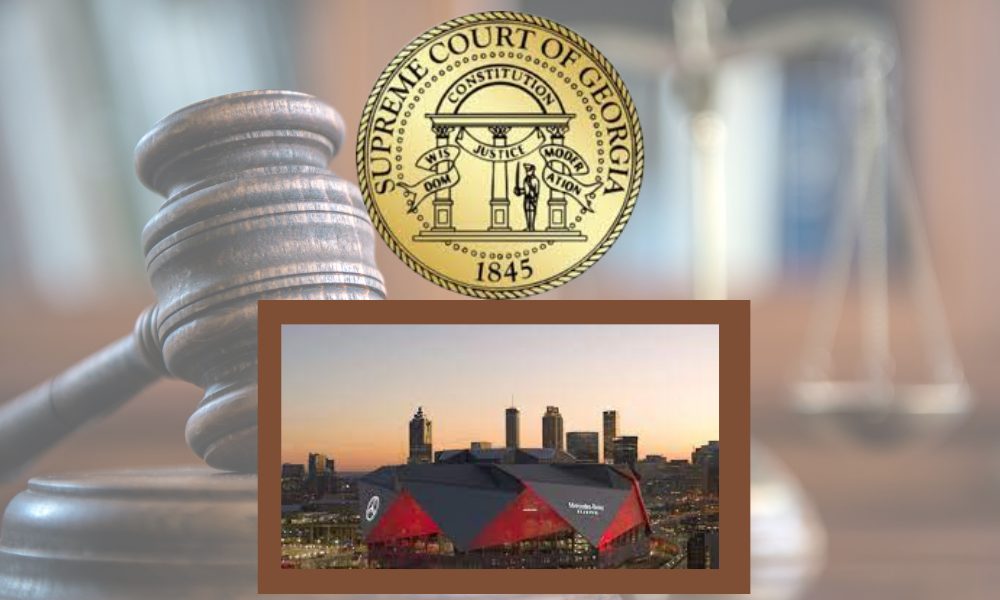 The Supreme Court of Georgia has affirmed a Fulton County court’s dismissal of a lawsuit brought by a group of local taxpayers who sued the Fulton County Board of Tax Assessors for determining that the new Mercedes-Benz Stadium in downtown Atlanta was exempt from ad valorem property taxes.

The group of taxpayers opposed the lack of property taxes assessed on the stadium. In Tuesday’s unanimous opinion, SCOGA ruled that there was no error and affirmed a previous judgment dismissing the lawsuit.

In 2017, after the Fulton County Board of Tax Assessors determined that the MercedesBenz Stadium was exempt from ad valorem taxes, Albert E. Love and other Fulton County taxpayers sued the Board, the individual members of the Board, and the Board’s chief appraiser. The taxpayers argued that the county was losing out on at least $26 million a year in property taxes for upwards of $700 million over the life of the 30-year lease.

In its 2018 opinion in Love v. Fulton County Board of Tax Assessors, the Court of Appeals provided this background: The Georgia World Congress Center Authority is a public corporation that is an instrumentality of the State of Georgia. The World Congress Center formerly owned the Georgia Dome, the home venue of the National Football League Atlanta Falcons from 1992 until 2016. It now owns the Mercedes-Benz Stadium, which became the home venue of the Atlanta Falcons in 2017.

Prior to picking a site for the new stadium, the World Congress Center and other parties associated with the Falcons entered into certain memoranda of understanding. One stated that neither the World Congress Center nor the Atlanta Falcons Stadium Company, LLC “expect any ad valorem taxes to be payable with respect to their respective interests in such real property and improvements for the New Stadium Project….”

Since the lawsuit was initially filed, it has been dismissed, appealed to the Georgia Court of Appeals, remanded, amended to add claims and intervenors, and dismissed again.

What the Georgia Supreme Court Was Charged with Determining

From the Supreme Court of Georgia on Tuesday:

At issue in this appeal to the state Supreme Court is whether the trial court properly dismissed the taxpayers’ fourth amended petition, in which they sought mandamus, declaratory, and injunctive relief, as well as a refund of taxes paid. In support of their claims, the appellants (i.e. taxpayers) argued that the Board and its members failed to “investigate diligently” whether the interest transferred was a taxable leasehold interest that is subject to ad valorem taxation, or a nontaxable license from the Georgia World Congress Center Authority to the Atlanta Falcons Stadium Company, LLC. The taxpayers also argued that the statute governing the World Congress Center Authority’s tax-exempt status, Georgia Code § 10-9-10, is unconstitutional because a 1989 amendment to that statute, which removed language prohibiting the exemption from extending to private lessees, was not enacted following a statewide referendum as required by the Georgia Constitution.

In response, the appellees (i.e. the Board, the Falcons Stadium Company, and the World Congress Center) argued that following an investigation and a hearing, the Board had properly determined that the Stadium Company’s interest was a non-taxable license or usufruct, not a taxable leasehold. (“Usufruct” is a legal term that means the right to use property that is owned by another.) They also argued that the Board’s decision was not based on § 10-9-10 but on an evaluation of the memoranda of understanding entered into by the Stadium Company and World Congress Center prior to construction of the stadium.

“In its order dismissing the case, the trial court addressed each of the appellants’ claims and found that the petition lacked any legal basis for recovery,” Tuesday’s 34-page opinion reads.

You can read the complete opinion here.