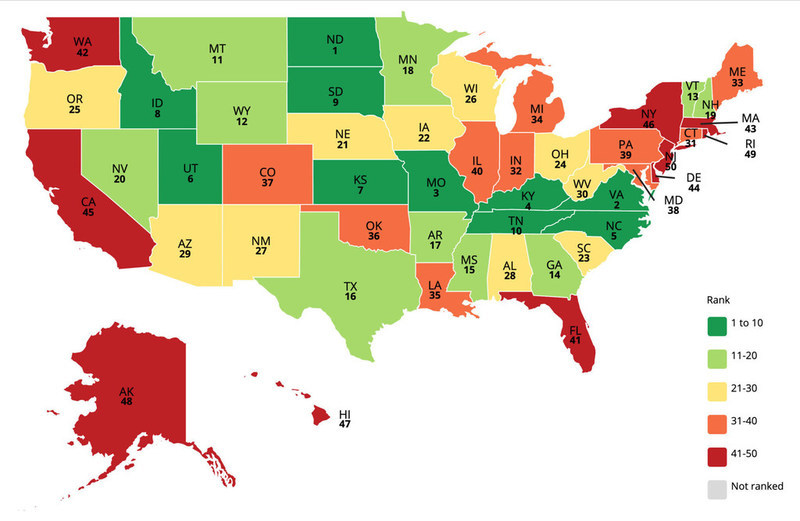 The Annual Highway Reportmeasures the condition and cost-effectiveness of state-controlled highways in 13 categories, including urban and rural pavement condition, deficient bridges, traffic fatalities, spending per mile, and administrative costs per mile of highway.

Nationally, the study finds America’s highway system is incrementally improving in almost every category. However, a 10-year average indicates the nation’s highway system problems are concentrated in the bottom 10 states and, despite spending more and more money, these worst-performing states are finding it difficult to improve.

For example, 43% of the urban arterial primary mileage in poor condition is in six states—California, Massachusetts, New York, New Jersey, Nebraska, and Rhode Island. Approximately 25% of the rural Interstate mileage in poor condition is in just three states (Alaska, Colorado, and Washington). While a majority of states reduced their percentages of structurally deficient bridges, five states—Rhode Island, West Virginia, Iowa, South Dakota, and Pennsylvania—still report more than 15% of their bridges as deficient.