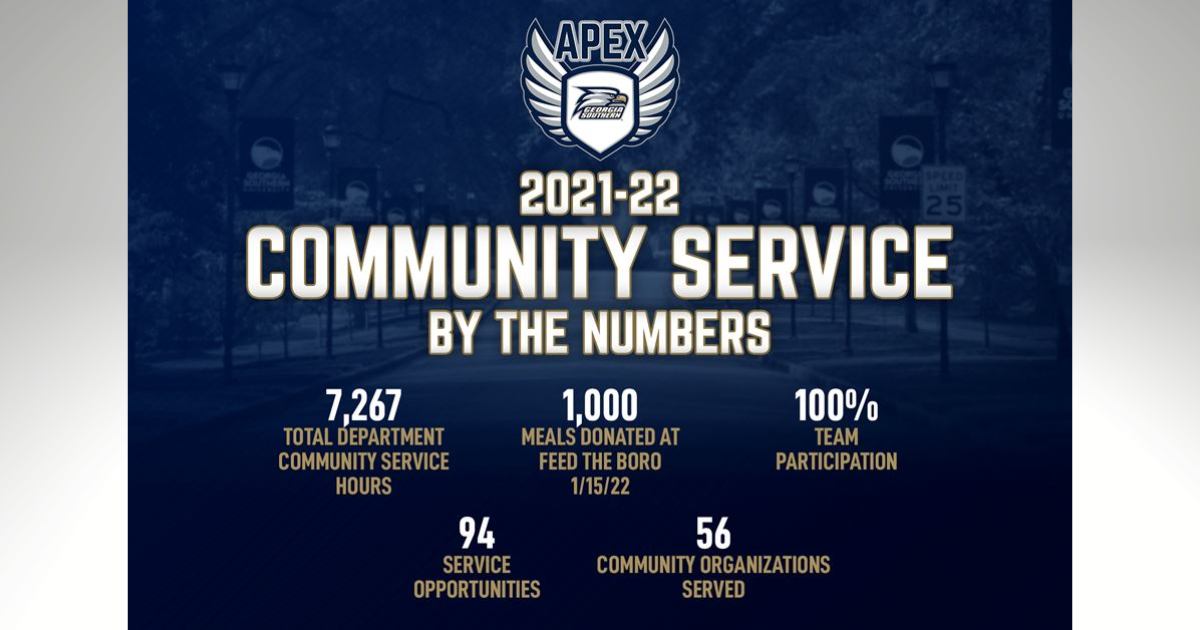 In addition, the Eagles donated 1,000 meals at the January 15 Feed the Boro event. Overall, 100% of Georgia Southern teams participated in some form of community service during the year covering 94 separate service opportunities and aiding 56 different community organizations.

The hours were calculated from July 1, 2021, to June 30, 30322, and they were based on events submitted by each team’s Student-Athlete Advisory Committee (SAAC) representative and reported to the Helper Helper app throughout the year.