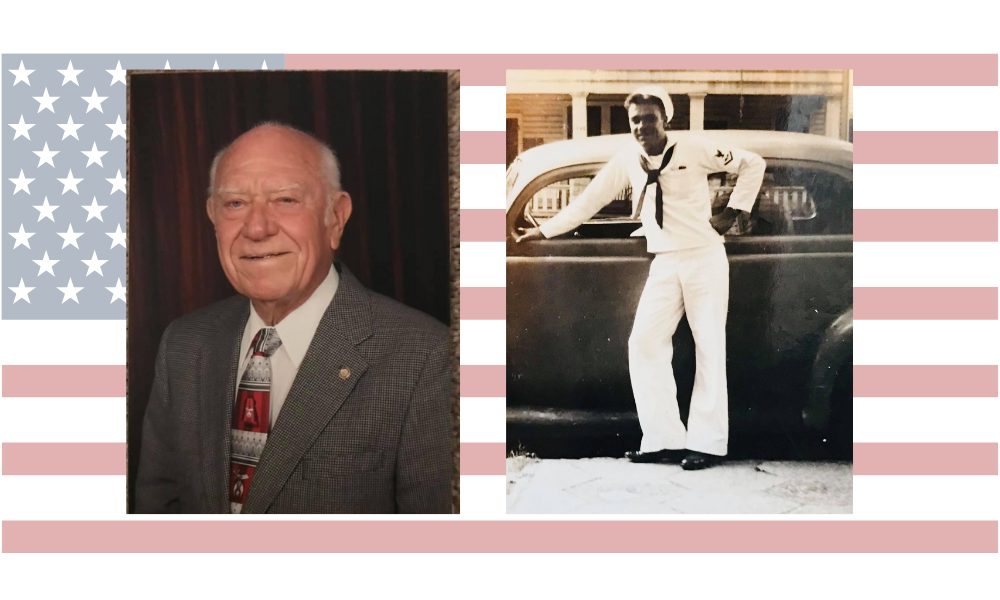 Established in 1975, The Federal Law Enforcement Training Centers (FLETC) Glynco training delivery point has been training those who protect our homeland for 45 years. Prior to that, the site was host to the Glynco Naval Air Station (NAS). And for Joe Winn and Jamie Oliver, that history is intertwined.

Beginning in 1942, NAS Glynco played an important role in the defense of the southern Atlantic coast during the war and greatly contributed to the cultural and economic life of Brunswick and Glynn County. In 1974, the Navy left the base and the following year it became home to FLETC under the U.S. Department of Treasury.

Joe Winn joined the U.S. Navy in 1939. The then 18-year-old Winn went to his local recruiting station in Nashville, Tennessee, volunteered and spent the next 20 years serving his country. That service included duty during both World War II and the Korean conflict, but it was his time serving during WWII that brought Winn to Glynco.

Winn, now 101 years old, flew missions into Glynco NAS during WWII.  NAS Glynco was a base for the Navy’s fleet of airships, commonly known as blimps, which patrolled the coast for marauding German submarines.  Stationed at NAS Jacksonville, Winn flew from NAS Jacksonville to NAS Glynco for these missions to help protect the southern coast from German U-boats.

Winn’s grandson, Jamie Oliver, currently works at Glynco, serving as the Learning Management Systems (LMS) Administrator for eFLETC, Training Management Operations.  He now works on the same grounds that his grandfather once walked on and flew over.

“Over the course of his 20-year service in the United States Navy, Joe Winn had many experiences, including participating in WWII and the Korean War,” said Oliver. “However, when speaking to him about where I work, FLETC – Glynco, my grandfather shared countless stories of his time in the Navy while based in NAS Jacksonville.”

“These stories consisted of the many missions he flew out of NAS Glynco to protect the Florida coastline from German U-Boats in WWII,” continued Oliver. “As he spoke, I was amazed at his courage, especially considering he was the gunner aboard a Navy PB4Y – a ‘privateer’ bomber, which closely resembles the Army B-24 Bomber that most individuals know today. My grandfather stated, “I would fly from NAS Jacksonville to NAS Glynco and could see the German boats sinking our submarines.” Armed with only a 30-caliber machine gun, my grandfather stopped countless German U-Boats from destroying the place many of us call home today, the Golden Isles and Florida Coast. Due to his heroic measures, my grandfather was promoted to Chief Petty Officer and flight engineer aboard the PB4Y for the United States Navy, where he served until he retired.”

While Winn’s military service ended in 1959, his spirit and desire for more did not. Winn used his GI Bill benefits and went to school, earning a degree in 1963 and using that to pursue a career as an educator.

“Not only has my grandfather served 20 years in the United States Navy, where he was instrumental in protecting the homeland during WWII and the Korean Conflict, he is also an educated individual with a degree in education from Austin Peay State University,” said Oliver. “After serving in the USN, my grandfather also served as a high school vocational teacher in Clarksville, Tennessee, where he lives today along with my grandmother, Betty Winn. Not only has my grandfather protected our country, he has also invested his knowledge into young people. I think that is what makes me the proudest of my grandfather. Not only his heroic actions, his service to country, but his service to further the education of all those around him. Even at 101 years old, my grandfather is a life-long learner and proud American. He epitomizes the mission of DHS (Department of Homeland Security), which is with honor and integrity, we will safeguard the American people, our homeland, and our values.”