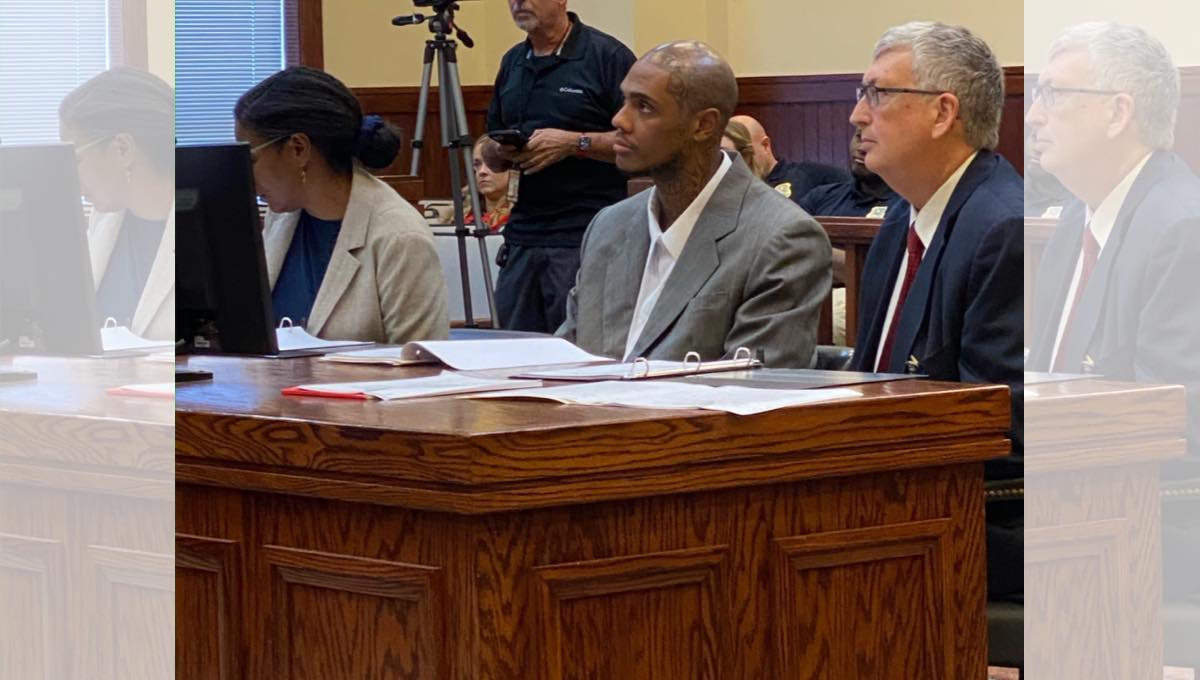 Prosecutors announced Tuesday that they intend to seek the death penalty for two individuals charged in the botched murder for hire scheme that initiated out of Smith State Prison and resulted in the death of Mr. Bobby Kicklighter.

Christopher Sumlin appeared Tuesday morning before Judge Jay Stewart Tuesday afternoon in his first appearance in Tattnall County Superior Court since the case was indicted back in April. The announcement was a formality as prosecutors had previously stipulated that the case may escalate to a capital case back in September 2021.

Sumlin’s co-defendant, Nathan Weekes appeared in a separate hearing on Tuesday afternoon. Weekes, a current inmate in the Georgia Department of Corrections (GDC), has retained counsel while attorneys with the Capital Defender’s office represent Sumlin.

Weekes and Sumlin face a slew of charges in Tattnall County, all of which stem from an alleged plot to take out a GDC corrections officer who was hindering the flow of contraband into Smith SP in Glennville. According to the indictment, Weekes, along with his co-defendants Christopher Sumlin, Aerial Murphy, and Keisha Janae Jones, orchestrated a hit on the officer. When the hit was executed, however, the parties struck the wrong house and killed the next door neighbor – 88-year-old Bobby Kicklighter.

During the course of the investigation by the GBI, led by Agent Christian Johnson, authorities uncovered a multimillion dollar contraband scheme operating from behind the walls of Smith SP. The criminal enterprise, donned ‘Yves Saint Laurent Squad,’ allegedly shuffled drugs, cell phones, design clothes, jewelry, and more into the facility with the assistance of corrections officers, former GDC employees, and civilians. The investigation also revealed a connection to at least two other deaths in Wayne and Long counties.

Weekes, according to investigators, is the self-proclaimed head of the YSL Squad and his associates refer to him as ‘Da President.’ He and Sumlin shared a housing unit at Smith State Prison for at least a year.

Nathan Weekes entered the GDC system at the age of sixteen for offenses he committed at the age of fourteen – a string of armed robberies in DeKalb County. GDC transferred Weekes to Smith State Prison in 2019 and he interacted with Christopher Sumlin on a number of occasions before Sumlin’s release in October 2020.

After the scheme came to light, GDC relocated Weekes to the Special Management Unit at Georgia Diagnostic & Classification Prison in Jackson.

Authorities arrested Sumlin in Coweta County in April 2021 on charges of Stalking, Aggravated Assault, and a number of other offenses after he chased and shot at a corrections officer in Hinesville. Prosecutors in the Atlantic Judicial Circuit District Attorney’s office ultimately dismissed those charges.

GBI agents in Jesup also charged Sumlin with Malice Murder, Felony Murder, Aggravated Assault, Burglary (1st degree), and Cruelty to Children in Wayne County for the death of Davis. Despite charging Sumlin more than a year ago in that case, it remains unindicted.