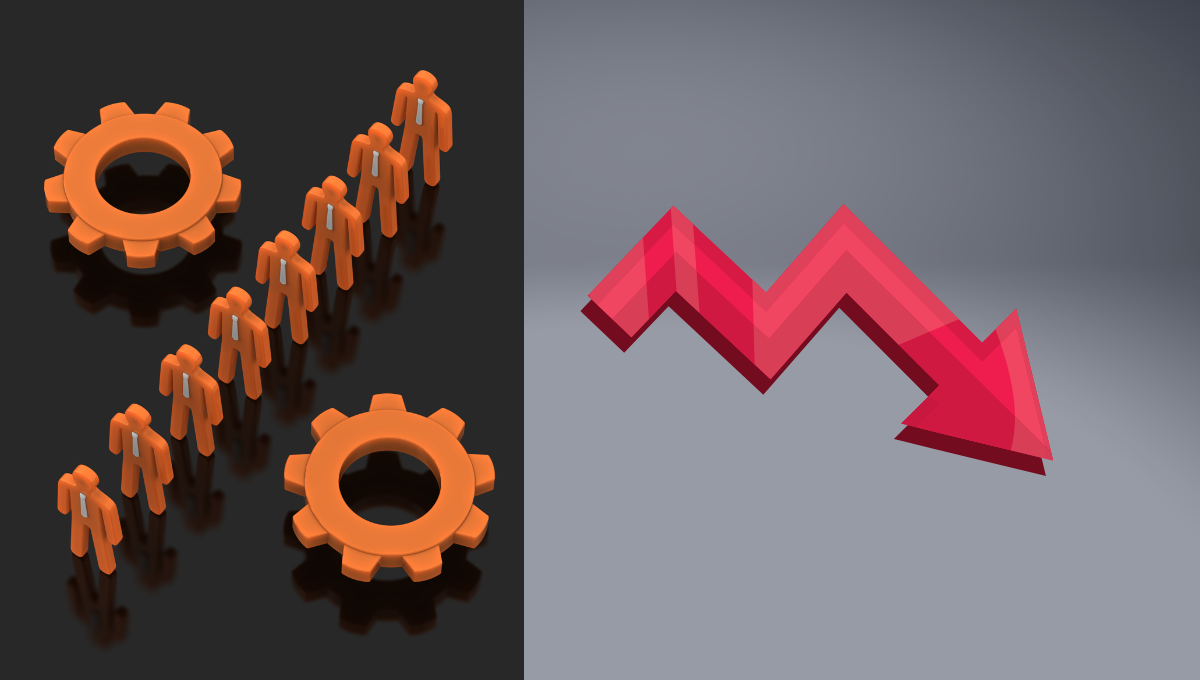 Labor costs have significantly increased in the past year.

That spike in labor costs coincided with a decline in productivity.

“Labor productivity, or output per hour, is calculated by dividing an index of real output by an index of hours worked by all persons, including employees, proprietors, and unpaid family workers. The second quarter of 2022 is the second consecutive quarter in which output decreased while hours increased. The resulting productivity declines over these two quarters reduced the average annual productivity growth rate since the fourth quarter of 2019 – the last quarter not affected by the COVID-19 pandemic – to 0.6 percent in the nonfarm business sector. Output and hours worked in the nonfarm business sector are now 2.9 percent and 1.5 percent above their fourth-quarter 2019 levels, respectively.”

Despite wage growth, those increases have not kept pace with inflation.

“Real hourly compensation, which takes into account changes in consumer prices, decreased 4.4 percent in the second quarter of 2022, which followed a 4.4-percent decline in the first quarter of 2022,” BLS said.

The data comes amid a national debate over the definition of a recession and whether the U.S. has entered one.

The White House has pointed to the labor market, particularly low unemployment, when arguing there is no recession. But this data shows that for the past two quarters, labor productivity has dropped.

Federal economic data from the Bureau of Economic Analysis in late July showed that U.S. gross domestic product decreased by 0.9% in the second quarter of this year. The BEA reported GDP shrank by 1.6% in the first quarter.