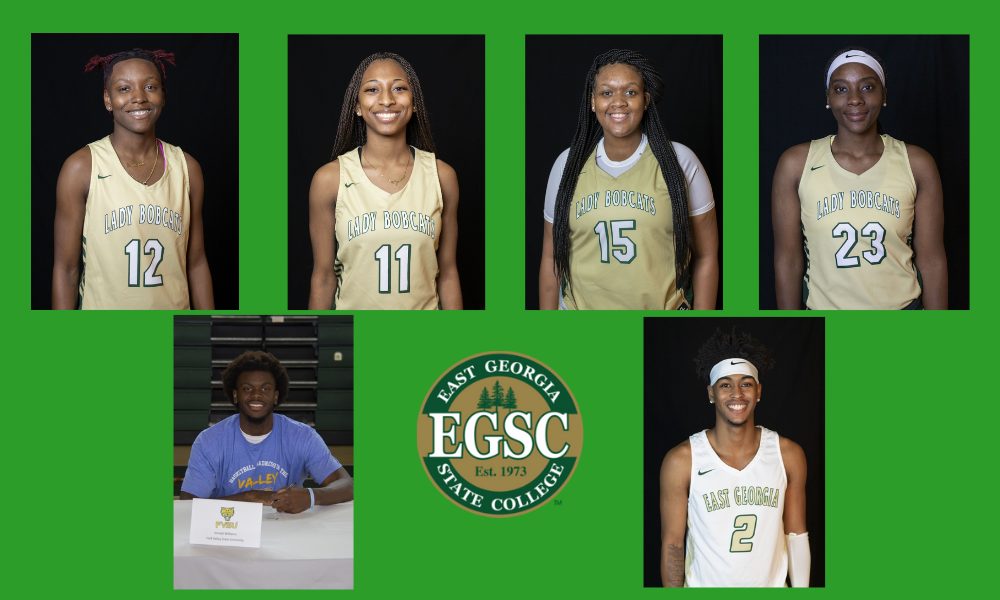 Last week seven East Georgia State College baseball players and six basketball players signed to further their academic and athletic careers. The signings were held in the EGSC gymnasium and off campus.

On Monday, May 3, the following individuals signed:

Mercado’s mother, Joviana Mercado, was able to travel from New York to attend the event. She said it was a bittersweet moment to watch her son sign to continue his baseball career, but she is excited for this new chapter.

“East Georgia was a lot more than baseball to us. Austin was here for three years and it felt like home. He made so many friends and received a good education to move forward at this next college,” she said.

East Georgia State College would like to congratulate these athletes on their hard work and dedication! We wish you all the best!