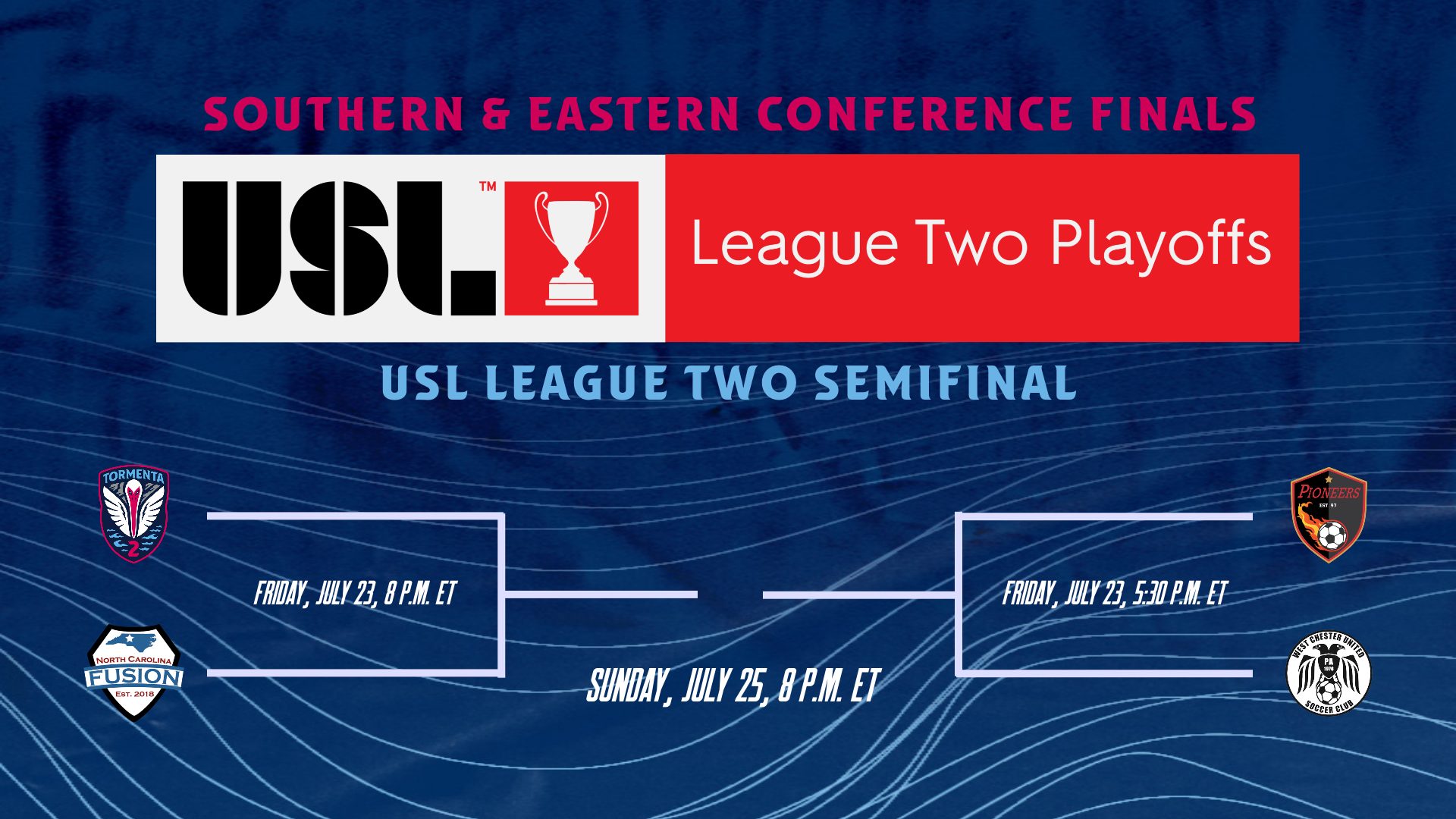 For the Eastern Conference Final, West Chester United will take on the Western Mass Pioneers on Friday at 5:30 p.m. ET, while in the Southern Conference, Tormenta FC 2 will face North Carolina Fusion U23 later that evening at 8:00 p.m. ET. The winners of the two matches will face off Sunday, July 25, at 8:00 p.m. ET in the USL League Two Semifinals.

Tormenta FC 2 is offering a tournament pass so fans don’t miss any playoff action this weekend: $10 will get you into all three playoff matches. While the club’s second team battles for the USL League Two trophy, Tormenta FC’s USL League One side will play at home on Saturday, July 24 as they take on the Richmond Kickers from Erk Russell Park.